My visit to the Centre for Hope

Last month, on a holiday to the USA, we were fortunate to visit the Centre for Hope. It was a surprisingly wonderful, inspiring visit. I wasn’t expecting that because the Centre for Hope is usually called The Kennedy Space Centre, home of NASA. I’ve renamed it.  I had been quite cynical about the visit. I fully expected to hear about millions of dollars wasted on space exploration when there are millions of people starving here on earth. I was waiting to hear about how the USA is the greatest country on earth and certainly the boldest (to go where no man had gone before). I was expecting a very commercial/capitalist day. I didn’t get that at all…

Instead we heard stories about dreaming, creativity, goal setting and achievement. We walked out at the end of the day reminded that absolutely anything is possible. The US Space Program, at its height during the 60’s, was specifically developed as a cultural platform for hope. The rockets, the astronauts and the trips to the moon were secondary. It was a concrete example for all humanity that if you dream it, you will achieve it. I was grateful my boys were immersed in these messages for the day because culturally, such community wide messages seem to have disappeared nowadays.

Imagine a world where the very first news story told each evening was a positive one? Where the headline for the day was about someone achieving something otherwise impossible. Where our very culture fostered hope and achievement as the norm in all areas, rather than singling it out when it is observed as a unique event.

One of the things that really struck me about the Centre for Hope was the humility in the place. Amongst the gigantic engines and massive launch pads were simply a bunch of dedicated people telling a story. There was no chest-beating, no self-glorification – just storytelling at its finest, using the biggest and best props in the world. In fact, every tour guide we encountered was quick to explain that as the dream faded, thousands of jobs were lost and the USA is now dependent on the Russians to get any real action in space. They are no longer the leaders in space exploration.

This was the part of the tour I loved the most, where we witnessed that it’s possible to not achieve yet still continue. To see that failure (of sorts) in the present doesn’t negate the celebrations of the past. And finally, to learn that barriers to achievement doesn’t signal the end of the dream (the USA is planning a crewed commercial launch to the International Space Station in 2017). The cynic became a convert, because the lessons I learned that day had nothing to do with outer-space and everything to do with me. I highly recommend visiting the place if you can. 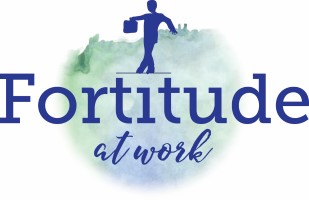